The 1968-69 school year and District 14-AA sports was virtually dominated by the Tigers as they won a state championship in football, won district championships in basketball and track and won regional in baseball (as far as a AA baseball team could go at the time). And they dominated on the golf course too. 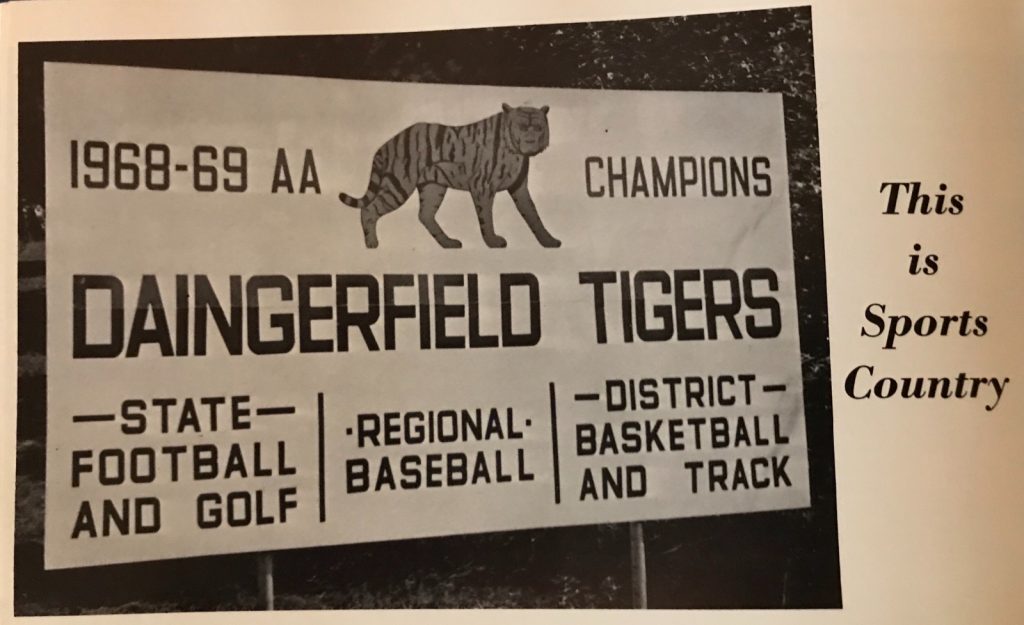 As the boys state UIL Golf Tournament prepares to gets underway next Monday in Austin, 50 years go this month of May, the Daingerfield boys golf team won its first and only state golf championship. The team was comprised of John T. Leslie, Greg Maddox, Mike Ramey, and brothers Johnny and Ricky Scott. All the of boys were juniors except Ricky, who was a freshman. They were coached by Bill Lane. This would be coach Lane’s second state championhsip in the 1968-69 school year as he guided the Tigers to their first state football championship six months earlier. 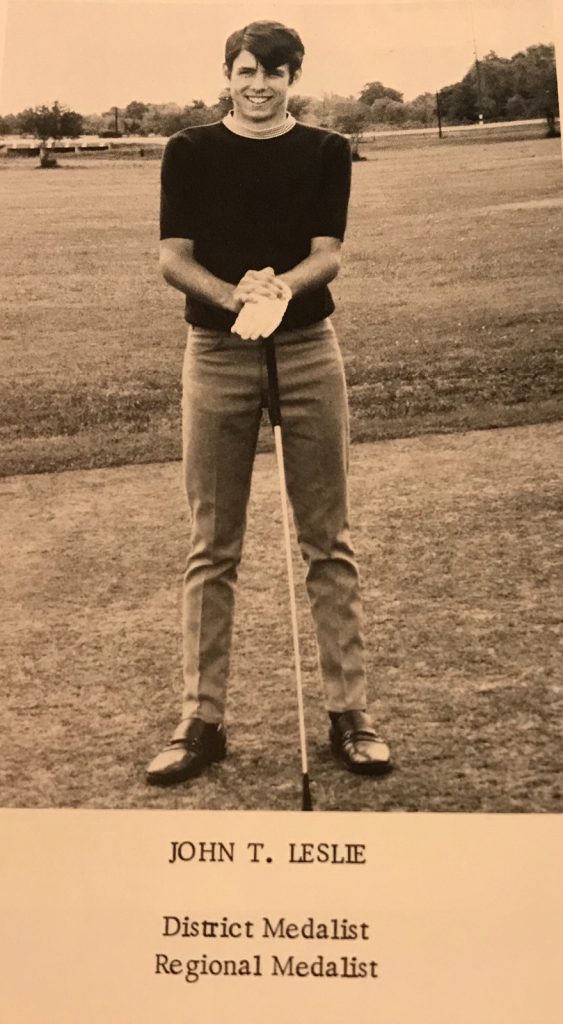 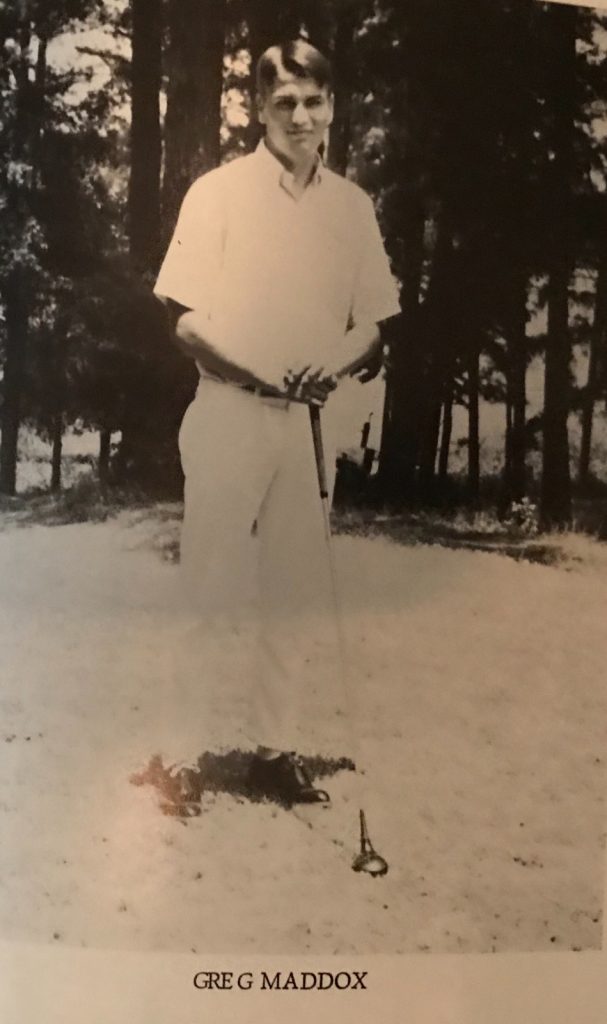 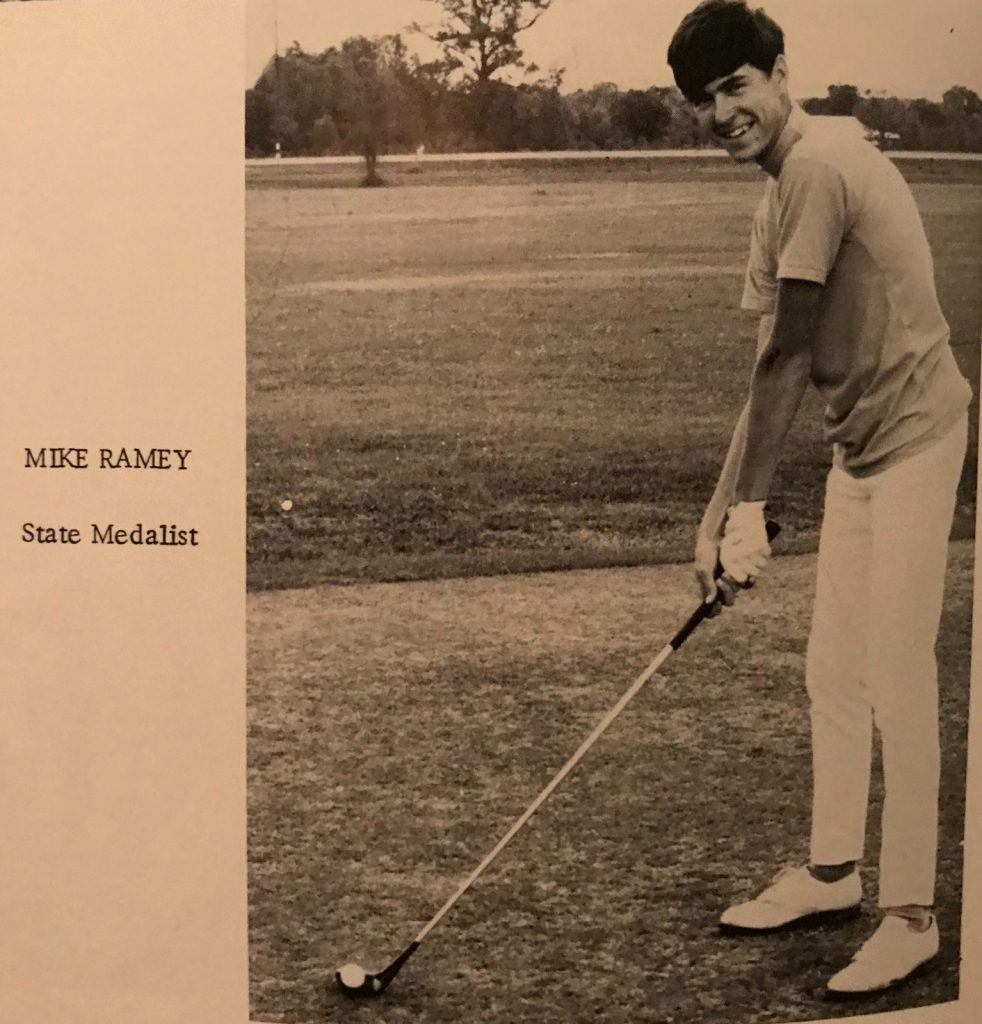 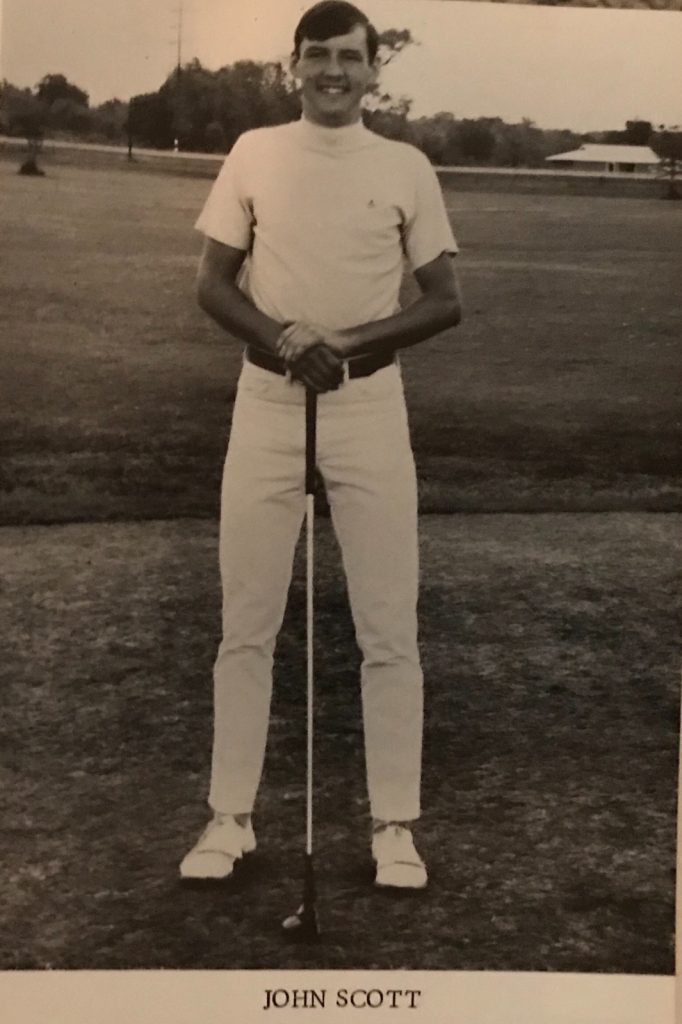 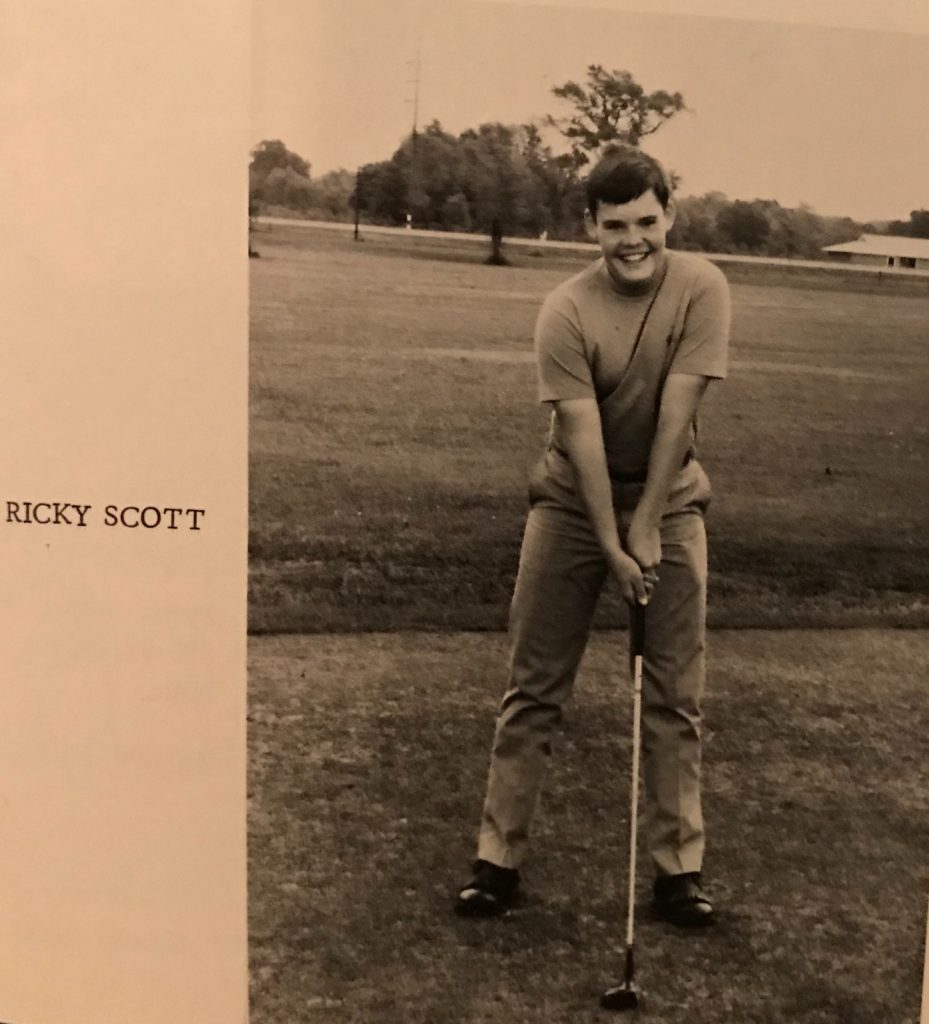 In their drive to the state championship, the Tigers won the district 14-AA championship edging out defending champion Pittsburg 308 to 310 on Pittsburg’s home course. It was the headline story in the Longview News Journal sports section on April 3, 1969. 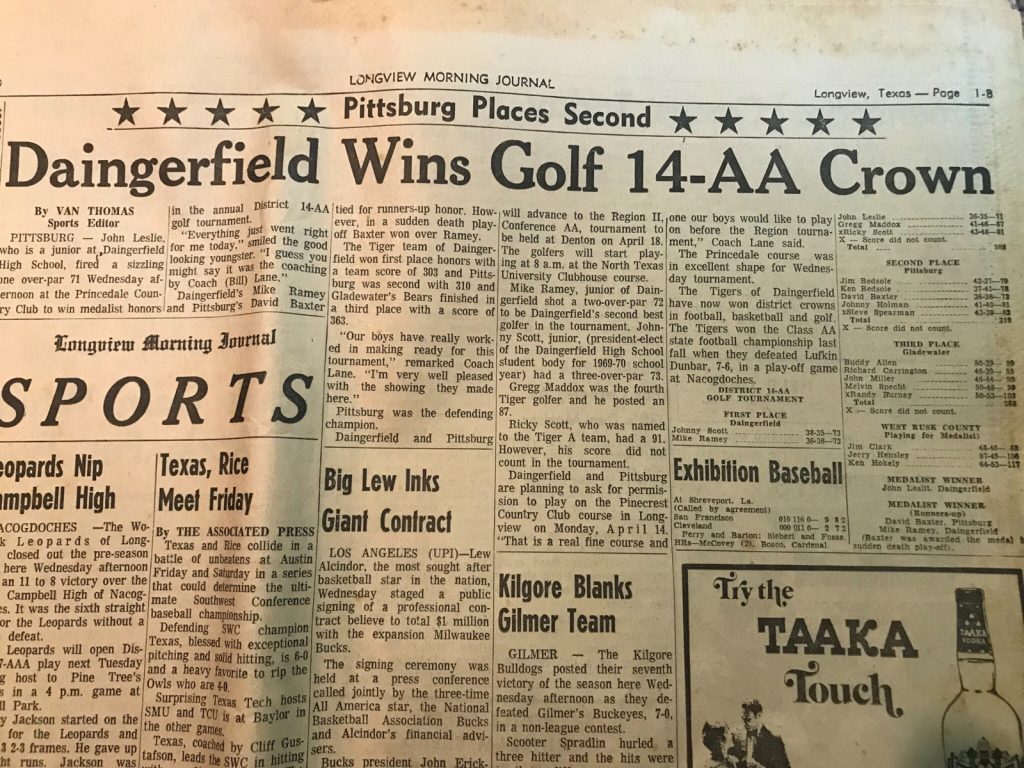 Leslie was the district medalist after firing a sizzling round of one-over par 71. He was followed by Ramey who had a 72 and Johnny Scott who shot 73. Maddox was the fourth Tiger golfer and he posted an 87. The youngest member of the team, Ricky Scott, had a 91. His score would not count as only the four lowest scores were used to calculate a teams total score.

Coach Lane was quoted in the Longview article saying “Our boys have really worked in making ready for this tournament. I’m very well pleased with the showing they made here.”

Next up, the Tigers would capture the Region II-AA tournament by 25 strokes over Olney, their nearest competitor. The Tigers had a team total of 626 to Olney’s 651. Pittsburg was fourth with a team score of 666. Leslie again led the Tigers winning as he won medalist honors with a score of 75-73-148. Johnny Scott shot rounds of 73-79-152, Ramey had a 85-74-159, Maddox 85-82-167, and Ricky Scott with a score of 90-80-170. Again, only the top four scores out of five were used to compute the team score. “Everybody is looking real sharp” smiled coach Lane as he spoke to a Longview News Journal writer. “I feel like that we will be real competitive down there,” referring to the state tournament. 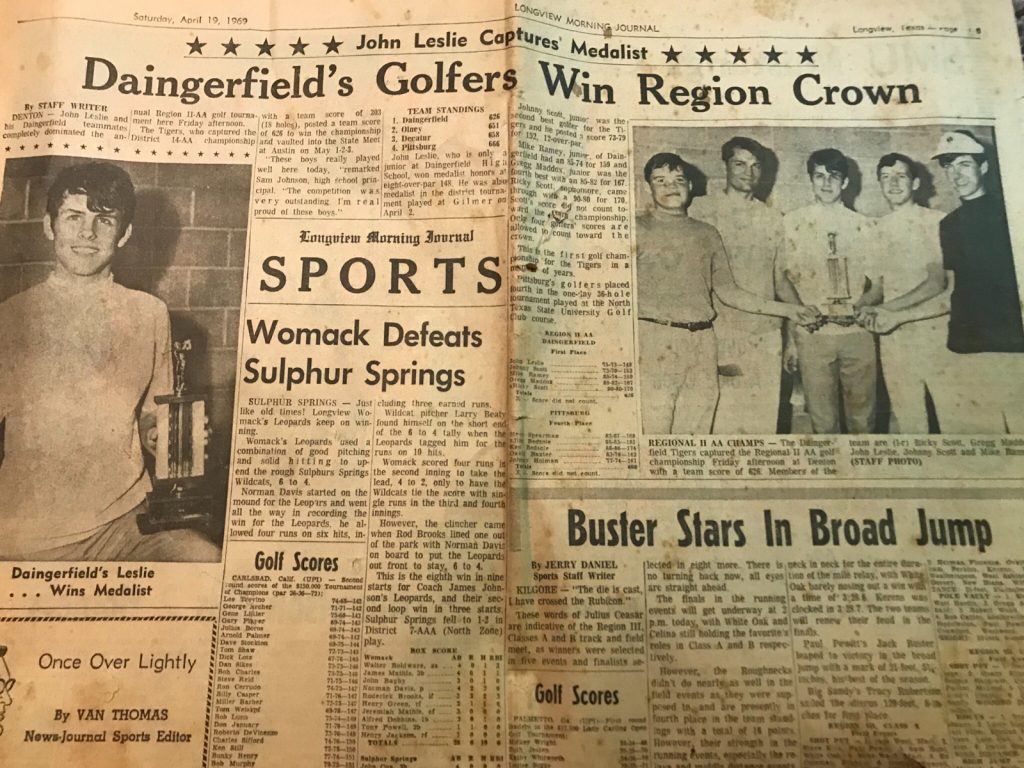 Coach Lane’s feelings would become reality as the Tiger linksters rolled into Austin where they played on the Morris Williams Golf Course against the other three regional winners; Big Lake Reagan County, Columbus, and Carrizo Springs. Despite the disqualification of John Leslie for signing what was ruled as an incorrect score card, the Tigers won the state tournament by 20 strokes over Big Lake Reagan County. Mike Ramey, who was crowned as the state medalist, led the Tigers with scores of 73-80-153. He was followed by Johnny Scott’s 76-79-155, Ricky Scott, 87-83-170, and Gregg Maddox 93-87-190.
Austin sportswriters noted that coach Lane at the time was one of the few high school coaches in Texas ever to have the honor of personally guiding teams to two state championships in one year. 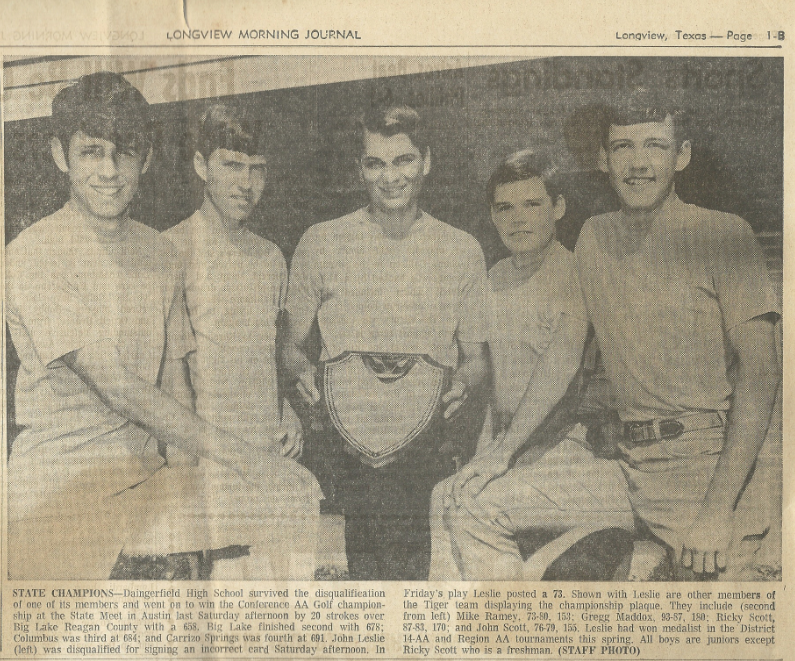 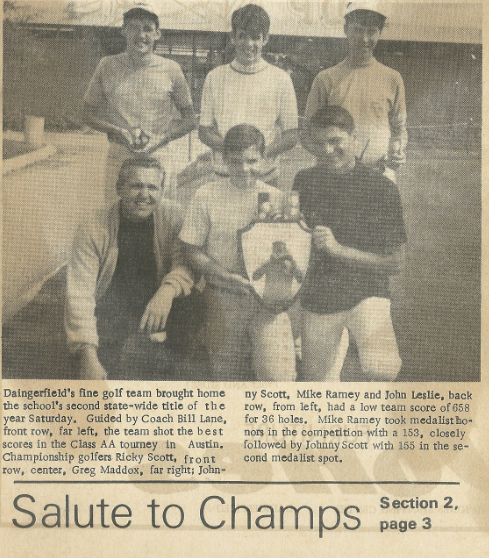 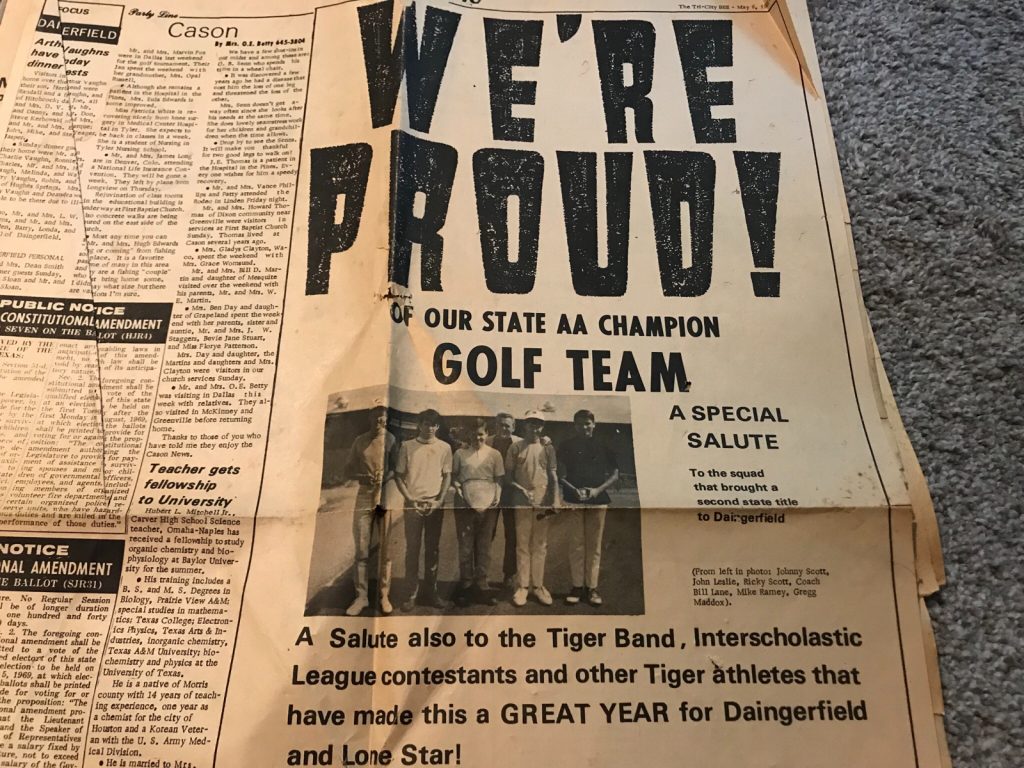 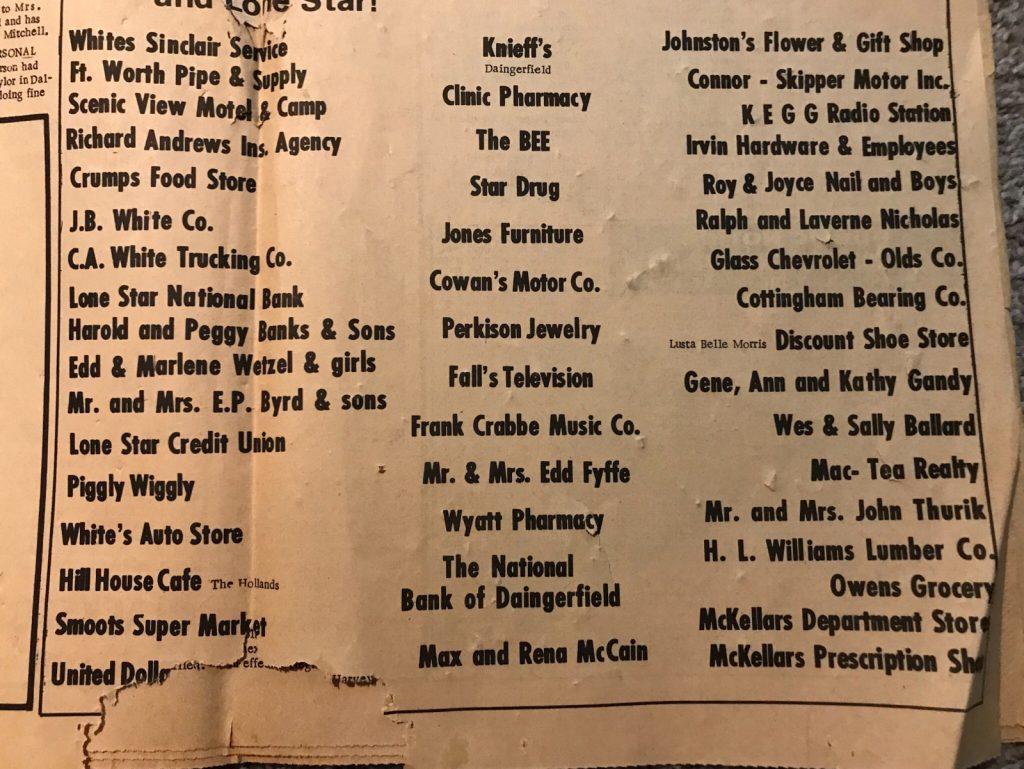 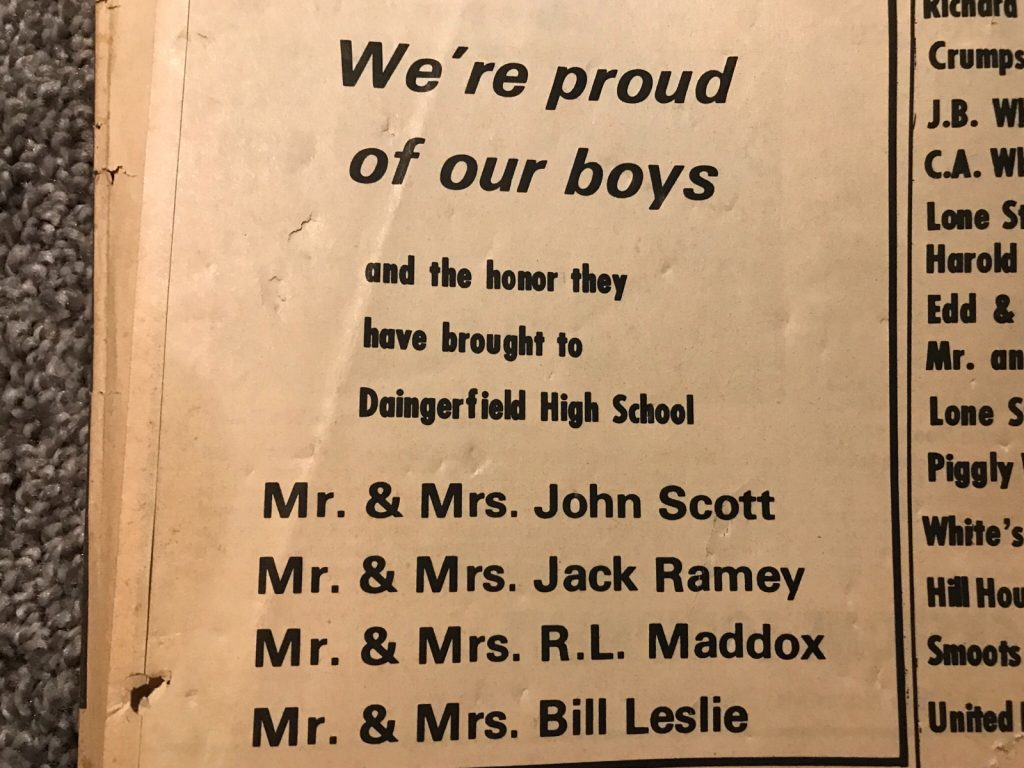