The eyes of the world will be on the NFL Draft tonight to see who everyone’s favorite team selects in the 1st round of the draft.  The eyes of Daingerfield/Lone Star will be on Denzel Mims.  Mims, a standout athlete that hails from Daingerfield, is tabbed as a potential 1st round/early 2nd round pick.

Mims would be a standout for the Tigers at Wide Receiver on Friday nights, on the basketball court and on the track.  As a junior, Mims would win state in the 200 meter dash with a time of 21.3 seconds.  Mims would graduate from Daingerfield in 2016 and head to Waco, where he would attend Baylor University and become a force on the football field.  In 4 seasons with the Bears, Mims would haul in 186 catches for 2,925 yards and 28 touchdowns.  It wasn’t until the Senior Bowl that Mims would begin to really turn heads of NFL team management and coaches though as he dominated the game against the top seniors in the country.  Mims comes in at 6’3” and 215 pounds.  Mims has the attributes NFL teams long for between his size, speed, and overall athletic ability.  He has been linked to several NFL teams, including the Cowboys, Vikings, Eagles, Saints, Ravens and Packers.

Tune in tonight at 7 pm on ESPN for the NFL Draft to see where Denzel lands.

Good luck to Denzel from the Daingerfield Tiger Community!!! 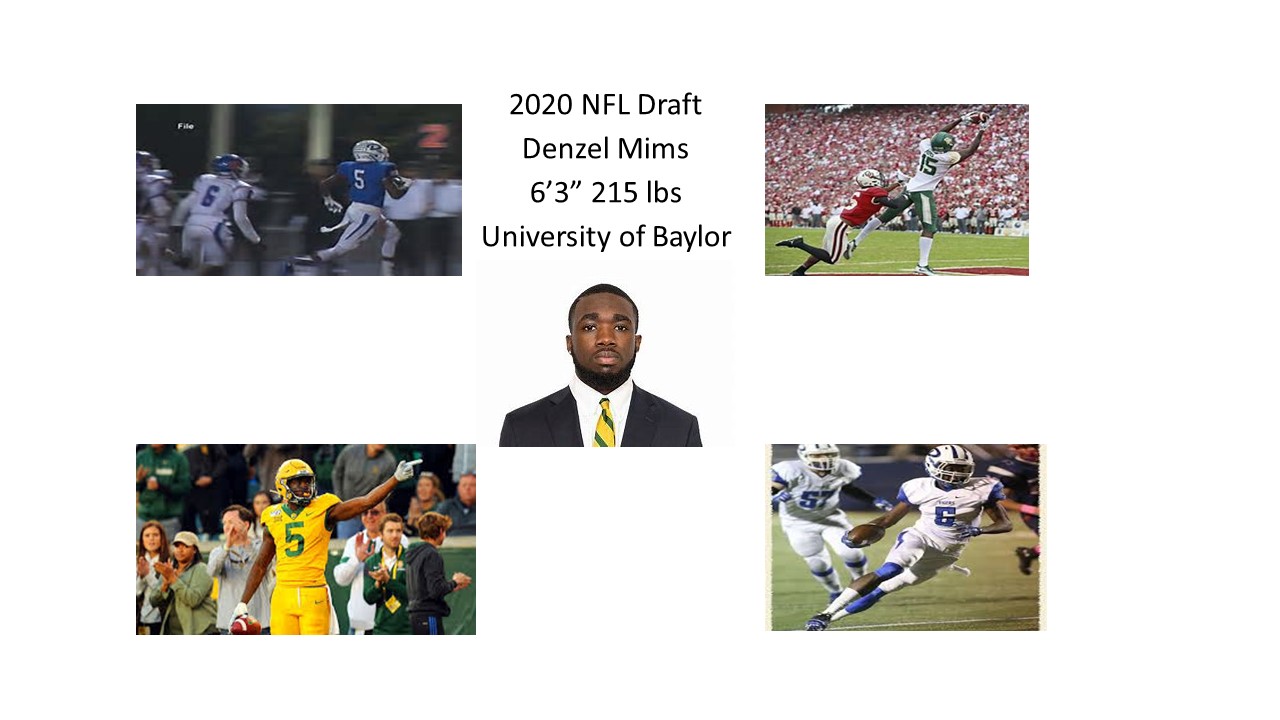